Short of Christmas and disco decoration manufacturing, there are few industries that endure so co-operatively with SOS (Shiny Object Syndrome) as much as information technology.

Nearly every tech company suffers unduly from staff-turnover ratios higher than they’d like. Firstly, some turn-over is healthy; new ideas, new blood, new insights & innovation. It’s when we start climbing into the late teens and 20% that things start to become untenable.

With tech, the strikingly rapid change and innovation (and investment) has fuelled a magpie-like approach to job-hopping, especially by high-performers as they are constantly in demand. It’s not surprising that the industry has a much lower tenure than the vast majority of other industries.

Staff retention is notoriously difficult across most areas of IT but has almost incestuous levels of inter-company movement at the bleeding edge. It’s not unusual to see someone mid-career that has worked for 3, 4 or 5 tech competitors in the market over their career. And that breadth of experience is great for the individual, and can absolutely benefit organisations too. But how does a company retain its top performers that it would otherwise lose to another company just because they’re newer or using newer toys?

Fortunately, retention hinges largely on the same characteristics as commercial success; engagement, development, fostering a positive environment, the right resources, and open communication. As soon as someone is dissatisfied – for whatever reason – they will at least consider making a move. If the thing to tempt them is new and (over?)hyped, then all the more tempting to add it to the résumé.

There are myriad elements in creating a ‘sticky’ company where your staff retention is in the zone that you need it to be. Intuitively, job satisfaction maps (almost) directly with overall capability & performance, as well as this key retention rate over a given period. The overwhelming majority of the determinist elements of satisfaction and performance can be handled proactively by capable people-management. But this article is focused on just the tech – the shiny parts.*

If your product is legitimately compelling; i.e., you should be in business, then it’s a matter of position and communicating tech decisions and market relevance with your employees. If they understand what your product is – really understand – and what is underpinning the reasons for you to be in the market, then they will buy-in to your vision, regardless of the technology upon which it rests. Creating a cogent and coherent message on this topic is what keeps a team together, and that needs to be articulated, not just scribbled on the business plan from 18 months ago. So what it is built on top of the Edward Norton of stacks; LAMP – it’s reliable and always a solid choice if not sexy – and will get it done.

A good plan we recommend and have seen implemented time and again, is to periodically evaluate the viable tech elements & stacks that might provide a competitive advantage, and weigh up the decisions with communal input. This is a great barometer to understand not only what tech could be considered, but also where each member of staffs ‘loyalty to the stack’ sits. This can indicate flight-risk if they feel strongly about it, but also provide an idea about technical direction assuming they have a cogent argument in favour of their preference. So two birds – input into technical evolution of the product(s), and intelligence on satiety of employment – one stone. If it’s decided to indeed move, then an intelligent, methodical adoption process where people are systematically up-skilled can be implemented, rather than a discordant and haphazard hot mess.

TL;DR – If you’re going to make changes to the fundamentals of your business, do so with careful consideration and a plan, not just on impulse because all the cool companies are doing it. 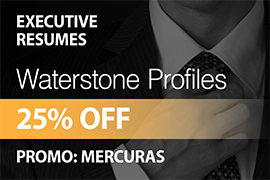